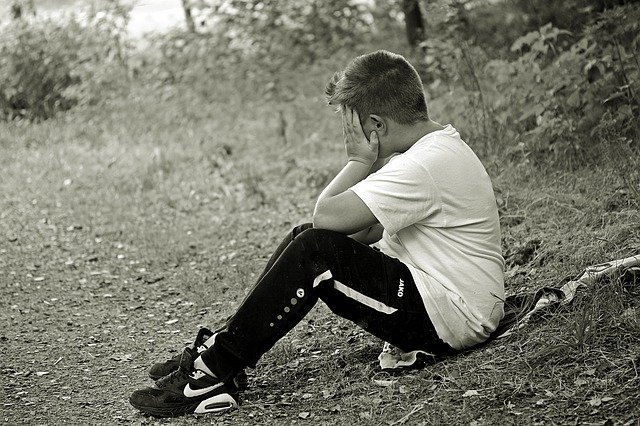 Once upon a time a little boy lived with his father in a cabin in the woods. On the other side of the woods the boy’s grandmother lived in a small white house surrounded by a neat, white picket fence. There was a road around the woods, but they boy had been told NEVER to walk on the road because it was narrow, there were no sidewalks and it was too dangerous.

One day the boy’s father asked him to carry some sandwiches to his grandmother. Because he was not allowed to walk on the road, he had to go through the woods. He had done this many times before, so he wasn’t afraid. He took the bag of sandwiches and started off through the woods. Suddenly the wind picked up, the skies grew dark and it began to rain. The more it rained the harder it was to see. The boy thought he was on the trail, but now he couldn’t be sure! Then he heard an eerie howl off to his right. He knew there were coyotes in the woods, but he had never seen one. Now he could hear them howling and they sounded very close.

The little boy was afraid, he was wet, and he felt all alone. He kept on trudging through the woods, hoping he was on the path. Suddenly he came to the edge of the woods and saw his Grandma’s house in front of him. It was just then that he heard footsteps behind him. He froze in fear, thinking the coyotes were sneaking up on him, but when he turned around, he saw his father standing behind him holding a shotgun.

“Father!” the boy yelled in relief. “I thought you were a wild animal sneaking up on me!”

“No.” the father replied. “I have been walking behind you through the woods to make sure you arrived at Grandma’s house safely. I didn’t tell you I was there because I wanted you to make it on your own, but I was here all the time.”

Together they walked up the steps to Grandma’s porch to deliver the sandwiches.

God never promised to keep us from the storms. He just promised to walk with us through them. While we may not see Him, he is always there watching over us, ready to help us up if we fall and ready to comfort us when we are afraid. He says to us, “I am the Lord your God who takes hold of your right hand and says ‘Do not fear, I will help you.” (Isaiah 41:13). So when the sky is dark and it seems that you are in danger, remember that your Heavenly Father is right behind you, watching to make sure that you safely arrive at home.

Quiet Time
Next
All About Agnes