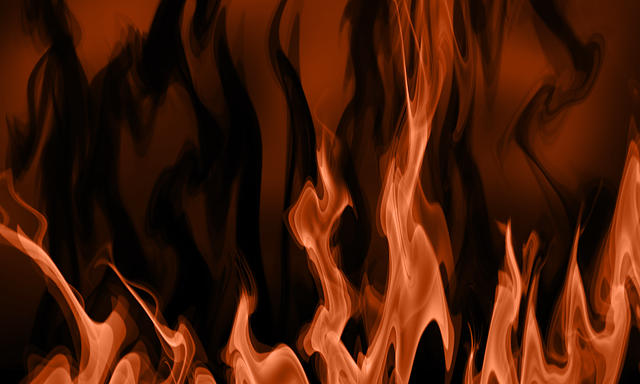 “Many adversities come to the one who is righteous,
but the Lord delivers him from them all”. (Ps 34:19 HCSB)

“Help!!! Help!! Someone help me find my son!!” The young mother’s frantic screams could be heard above the roar of the flames, which by now completely engulfed the wood frame house. Suddenly a six-year old face appeared at a second story window. One neighbor scrambled up on the shoulders of another, and pulled the boy to safety mere seconds before the roof collapsed into the room where he had just been standing.

This wasn’t the first time that mom had faced adversity. Married to a pastor at the age of 19, she soon learned that he wasn’t all that she had been led to believe he was. He would leave her for months at a time, and was deeply in debt. She had birthed nineteen children, but only ten of them lived into adulthood. On one occasion angry neighbors had spent the entire night yelling, shooting guns and making a commotion around their home, angry at the dad for not paying what he owed them. The babysitter, exhausted by the racket, eventually fell into a sound sleep, and rolled over onto the young daughter in her care, smothering her to death. Twice their home was burned by angry townspeople to whom the father owed money. For this mom, life was one trial after another.

But as a child she had learned a valuable lesson.  She knew that God was in control, and that He would bring blessing out of conflict. And He did. For this godly mother raised two sons, John and Charles Wesley, who would ultimately found Methodism and lead millions to Christ.

Psalm 34:19 promises ultimate deliverance through adversity. The promise does not include when, nor does it mention how. It just states, “but the Lord…” The unspoken but assumed necessity is trust…a theme which permeates scripture:

German concentration camp survivor Corrie Ten Boom put it this way, “When a train goes through a tunnel and it gets dark, you don’t throw away the ticket and jump off. You sit still and trust the engineer.” God WILL deliver. Our responsibility is simply to follow the advice of Proverbs 3, and “trust in the Lord with all your heart…” Psalm 13 was referenced in the previous paragraph, “ But I have trusted in Your faithful love,” and the message is completed by the rest of the verse, “My heart will rejoice in your deliverance.” In his song God Leads Us Along, George Young expresses the fact that while we don’t all face the same types of adversity, we all can place our confidence in a faithful Heavenly Father who leads us through adversity to deliverance:

Take heart, precious Friend. Remember the promise, “…But the Lord delivers him from them all.”

The Need for Nourishment
Next
Confidence Through the Storm