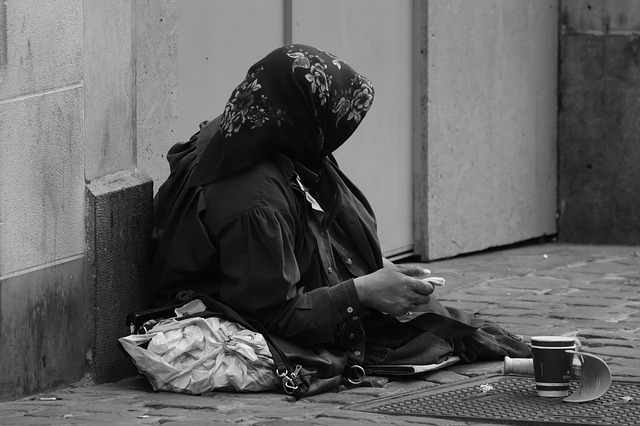 The word “humility” comes from a Latin root word which means “low”. The definition of the word is “freedom from pride and arrogance, lowliness of mind: a modest estimate of one’s own worth”. The Bible character Abigail was such a person. Her husband Nabal was an arrogant, selfish man! In fact, his name means “stupid!” David’s shepherds had been guarding their flocks close to Nabal’s land and had been very careful to keep their distance from Nabal’s shepherds and treat them kindly. When David sent messengers to greet Nabal and to request animals for a sacrifice, Nabal yelled at the messengers and would not help them. This made David angry, so he ordered four hundred men to put on their swords and follow him to Nabal’s place. When Nabal’s wife Abigail heard about these proceedings, she took lots of food and animals to give to David and his men in order to appease them. When she saw David, she “fell at his feet and said, ‘the guilt is mine, my lord…accept this gift your servant has brought to my lord, and let it be given to the young men who follow my lord. Please forgive your servant’s offense.’” (I Sam. 25: 24-27). David was struck by her humble spirit, accepted her offering and sent her home in peace. After Nabal died, David asked Abigail to marry him, and she quickly agreed!

Mother Teresa devoted her life to helping the poor and needy in Calcutta, India, where she established a hospice for those dying of leprosy, and developed centers for the blind, aged and disabled. She states, “ These are the few ways we can practice humility: to speak as little as possible of one’s self, to mind one’s own business, not to want to manage other people’s affairs, …to accept contradictions and correction cheerfully, to pass over the mistakes of others, to accept insults and injuries, to accept being slighted, forgotten and disliked, to be kind and gentle, even under provocation.” In other words, to “not think of oneself more highly than he should think.” (Romans 12:3). Humility always puts the other person first!

THOUGHT: “True humility is not thinking less of yourself; it is thinking of yourself less.”  (C.S. Lewis, Mere Christianity)