Home / Devotionals / Lean On Me
Return to Previous Page 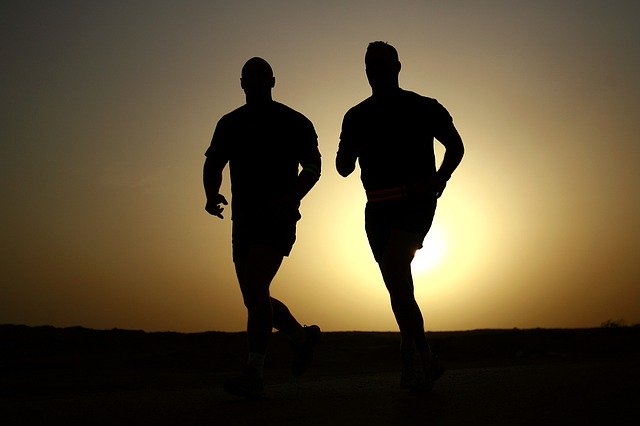 Derek Redmond trained for four years to compete in the 1988 Seoul Olympics, but before his first race began he tore his Achilles tendon and didn’t even start the race. So he trained for four more years, and breezed through his first two heats of the Barcelona Olympic games. As he lined up for the semi-final heat he felt good. He had won his first two heats barely breaking a sweat. At the sound of the gun he was off, and in control. About one third of the way around he heard a pop, then felt searing pain behind his knee. Derek recounts the experience:

“The pain was intense. I hobbled about 50m until I was at the 200m mark. Then I realized it was all over. I looked round and saw that everyone else had crossed the finishing line. But I don’t like to give up at anything –and I decided I was going to finish that race if it was the last race I ever did.

All these doctors and officials were coming onto the track, trying to get me to stop but I was having none of it. Then, with about 100m to go, I became aware of someone else on the track. I didn’t realize it was my dad, Jim, at first. He said, “Derek, it’s me, you don’t need to do this.”

I just said, “Dad, I want to finish, get me back in the semi-final.” He said, “OK. We started this thing together and now we’ll finish it together.”

He managed to get me to stop trying to run and just walk and he kept repeating, “You’re a champion, you’ve got nothing to prove.”

We hobbled over the finishing line with our arms round each other, just me and my dad…”

Have you ever had to lean on someone…I mean really lean on them? Have you ever felt so overwhelmed by your circumstances that you didn’t think you could go on, and then someone offered to let you lean on them? Offered support and encouragement, and gave you the courage to continue? That is what the word “encourage” means…to instill courage so the journey can continue, regardless of what that journey may happen to be.

The Psalmist needed courage and found strength in his relationship with the Heavenly Father. He put it this way, “I have leaned on you from birth.” We have a friend who sticks closer than a brother, a friend on whom we can lean in any circumstance, at any time, anyplace.

My friend Gary Mathena wrote a song about that. And his lyrics have been an encouragement to me through many difficult circumstances.

When no one cared about me if I should live or die,
and no one bothered asking why I’d go alone and cry.
When burdens got so heavy that I could not face the day,
then I’d feel His arms around me and I’d hear Him gently say,

“Lean on Me when you have no strength to stand.
When you feel you’re goin’ under, hold tighter to my hand.
Lean on me when your heart begins to bleed
when you come to the place that I’m all you have, You’ll find I’m all you need.

Lean on Him. Today! Right now. He is there for you.

Coals Of Fire
Next
Choose wisely