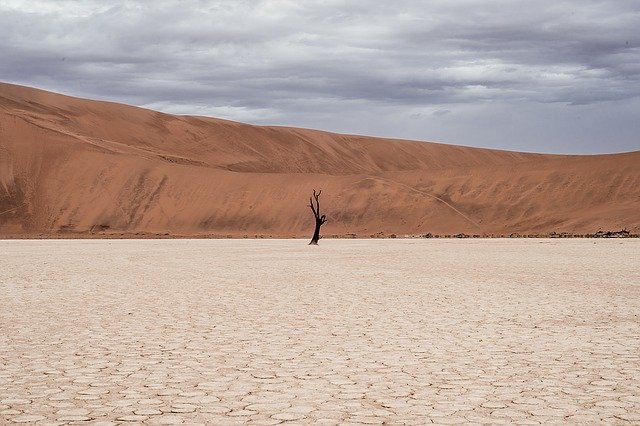 He led His people out like sheep and guided them like a flock in the wilderness. (Psalm 78:52- HCSB)

Have you ever wondered why God had the children of Israel wander in the desert, rather than through the fertile plains of Egypt? If they had wandered through Egypt they would have had access to the nourishing plains of the Nile river, the best in the technology of the day, towns where provisions were plentiful, and yet God led them through the wilderness where there were no supplies, no protection, no provisions.

God led them through the desert because there they were totally dependent on HIM for survival. If He had not provided manna or water, if He had not provided direction and guidance, if He had not made their way difficult to the point of overwhelming abandonment of all hope, they never would have learned to depend totally on HIM. They would never have learned complete obedience, or trust in Him for all of their needs and provision. Psalm 66 says, “You BROUGHT us into prison and laid burdens on our backs..” God loves the desert, because in the desert we have nothing but Him, and He can prove His sufficiency there.

In his great song “Lean On Me”, Gary Mathena puts it this way, “When you find He’s all you have, you’ll find He’s all you need.” If you are going through the desert right now, Praise the Lord for that experience. He has enough confidence in your potential to put you in a position where you have to be totally dependent on Him…He is preparing you to be useable. And the only way He can do that is to lead you through the desert.

A House Divided
Next
Leading by affirmation